Benchmark wine for all Saint-Josephs. Perfect modern winemaking, fresh ripe fruit, restrained oak makes the young wine more approachable than expected. This is no 2003, by a long shot thankfully. Nor is it as ripe as 2005 but not far off.

Drink over the next decade.

I expected this to be a bit of a blockbuster but it was much more gentle, and elegant than expected. On the downside it lacks the concentration of a ‘reserve’ wine such as this. 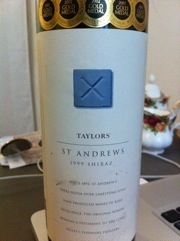 I’ve long wanted to try a decent South American wine that was older than a couple of years. This unfortunately disappointed.

Very sweet. With enough lifted VA to give quite a tomato sauce (ketchup) impression. The finish has the spicy tannin of Southern France. 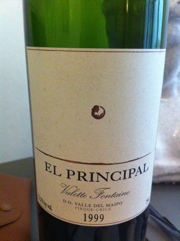 Somewhat black peppery, fairly simple claret. With good stuffing and chewy Graves tannins. But a lack of exciting flavor. Workman-like claret. Perhaps will improve over the next 2 years.

Consumed in Bordeaux, over 4 nights. As a deliberate contrast, and what a contrast!!

On the first night it just reeked of added tartaric acid and American oak. Bordeaux in comparison tastes so natural, whereas this is a concoction.

On the second night it had mellowed a tad, to be a semi-port. Mint toffee flavours.

By the final night it was much more enjoyable as a ripe hot climate wine. Quite luscious.

I feel that Turkey Flat have improved their winemaking in more recent vintages, the wines still have tremendous fruit but are less forced, with less obvious added acid.

An open-knit claret, quite cool and juicy not a plummy Pomerol at all. Good but expensive, but then all Pomerol are it seems.

Has a freshness and verve I have not seen on many 2005 Bordeaux, at least not yet. The Cabernet oriented blend, and perhaps the lack of a 2nd wine, meant that this wine retains a very nice bit of green. 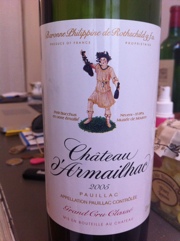 I really did not expect this wine to be drinking as well as it should. I love Vouvray but not when it is young tight and acidic. This is just starting to reveal its charms.

Good ripe fruit but still in a mineral rather than fruit driven style. Alcohol is in check. It’s really positioned well to become a superb Vouvray and soonish too. Try again in 2013. 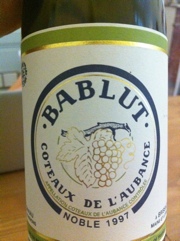 Powerful wine with plenty of well handled oak. This is more serious than I expected. Should be very good in a few years in an authoritative style. Quite classic. 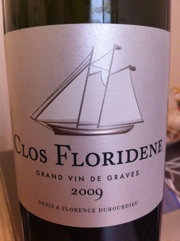 Lots of tartaric acid crystals at the bottom of the bottle.

A very modern Sauvignon Blanc. I felt it lacked character, too international rather than Bordeaux. 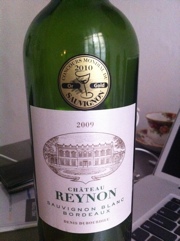 I think this estate is modernizing. Certainly this wine is clean and not dilute. It’s oddly disjointed though. Hard to love, but better after being open a day.

Don’t pay too much for it but do look past the out-dated cheap label and give it a try. 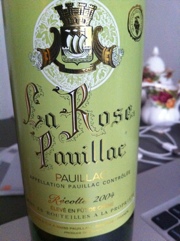 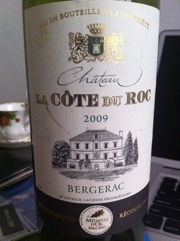 Framed by excellent French oak. Not sweet nor astringent, not overpowering.

Remarkably youthful, spritely for its 13 years. Long future ahead of it.

Not up to the quality of the 2005. A bit over extracted. Good price though.

Definitely has the bold warm ripeness of 2005 but retains freshness and verve. Fine wine. Though I’m unsure I could really justify paying the price premium over 2001, 2002 or 2004 vintages. If you have well enjoy your investment. I was surprised how enjoyable it is at this young age, but would still recommend waiting another decade. 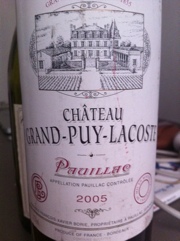 Good stuff, rich, spicy. But lacks the complexity that aged Shiraz can gain. That said this isn’t that old. Still I’d recommend drinking it now rather than waiting in hope.

Probably should come as no surprise that the Loire can do good Chardonnay. The price (5 Euro) is a surprise though, a pleasant one.

They should be able to export lots of this.

Nice to have a Cotes Du Rhone with some age. That said it has more softened than gained complexity. Drink up. 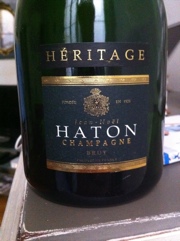 This modestly priced Vin De Pay clearly has pretensions with its heavy bottle, a numbered bottle at that, and still some new oak flavour at 11 years old. Yes this is serious wine, just starting to be mature.

Should provide excellent rich drinking over the next decade. Bravo.

Buy it if you can. 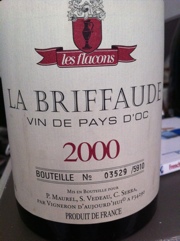 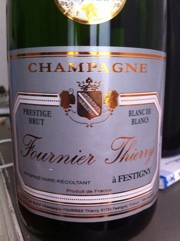 What the points mean: